Jeff Dunham is able to say the things you-wouldn’t-dare with his cadre of characters who tap into almost every aspect of American life. Whether the cranky old man Walter, who doubled as Wonald Grump and Ben Hiden during the last election, the hyperactive and crazy Peanut, the self-explanatory Jose the Jalapeno on a Stick, the redneck cliché NASCAR-loving Bubba J, the utterly befuddled Achmed the Dead Terrorist, and Url, the basement dwelling social media smart-phone addict, Dunham allows each to speak their mind, regardless of how much they embarrass their co-star in the process.

Dunham has been named Billboard’s Top Comedy Tour three years in a row, cited by Forbes as the third highest paid comedian behind Jerry Seinfeld and Chris Rock, and has been profiled in virtually every publication, platform, and late night variety show, including The Los Angeles Times, ABC’s Nightline, Variety, The New York Times, People, The Today Show, The Tonight Show and Late Night with David Letterman.

Parking is CASHLESS, $15 in the Lambeau Field lot or the Blue lot across from the Resch Center.

ADA parking is available on a first come, first served basis in the Blue Lot across the street from the Resch Center adjacent to Ray Nitschke Field. If all spaces are occupied, please drop off any persons with a disability at the front of the Resch Center and then park at Lambeau Field.

For those with special needs please click here to plan your visit.

Know Before You Go

You will be subject to a security check at the doors.

If a security check is in place, we recommend you do not bring bags or purses to speed up the process.

If you need to bring items in, we recommend placing them in a small, clear plastic bag.

Prohibited items and camera policy can be found in our Resch Center FAQs.

If you have a ticketing question visit our Ticket Star FAQ section for answers to the more popular questions and we will get back to you.

If you have a venue question visit our Resch Center FAQ section or email us your question and we will get back to you.

The Premium Seat Bundle includes one reserved seat, throw blanket, lithograph, and Squat plush doll.  Items listed are subject to change.  Seats are located on the reserved floor.  Merchandise must be picked up at the event.  All package elements will be rendered invalid if resold.  Name changes will only be issued at the sole discretion of Tate Entertainment.  All packages and package contents are non-transferable; no refunds or exchanges; all sales are final.  If you have any questions regarding your package elements, please email storehelp@jeffdunham.com. 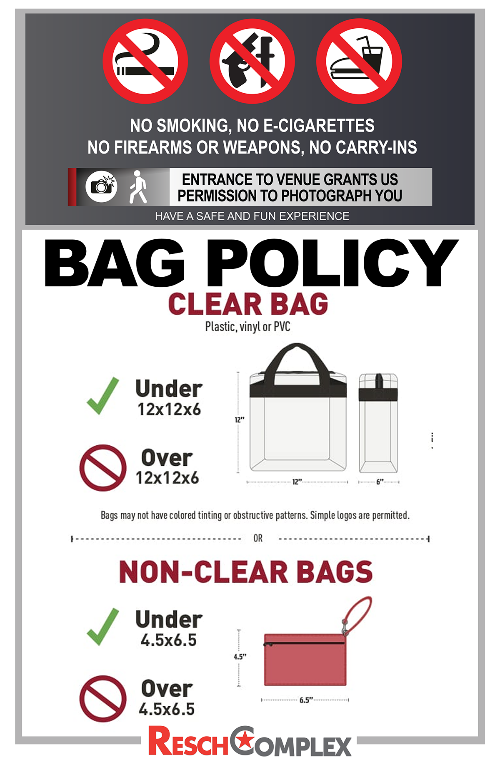