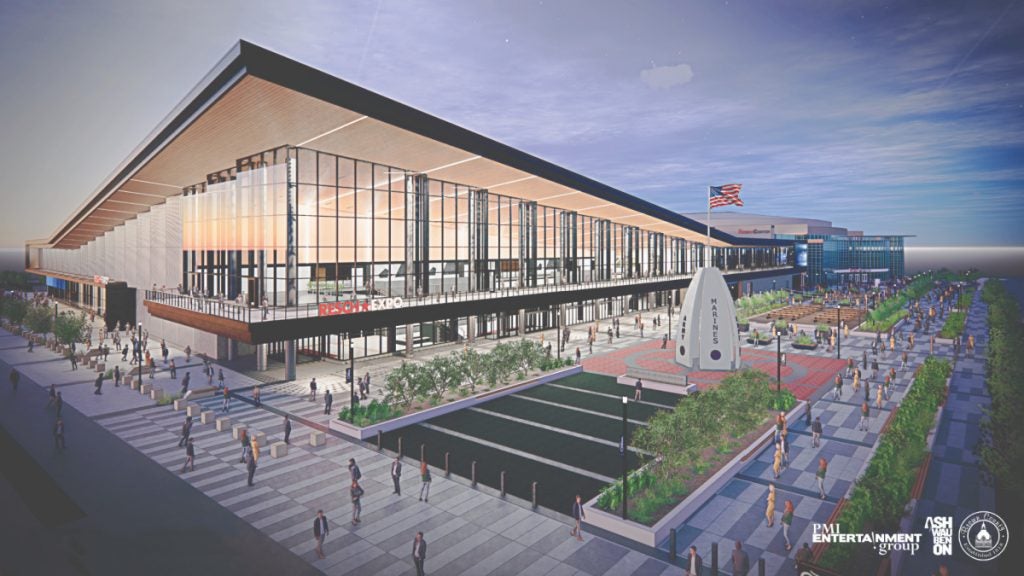 The excitement is palpable around Green Bay — and despite the proximity, it’s not about the Packers. This enthusiasm is for the opening of the brand-new Resch Expo in Ashwaubenon — a $93 million project resulting in an event space unlike any other in northeastern Wisconsin.

“For over 60 years, the Brown County Veterans Memorial Arena served the community well here,” says Brenda Krainik, director of marketing and communication at the Greater Green Bay Convention & Visitors Bureau (CVB). “But as time passed, the need for larger flat show space and indoor sports events grew.” And from that seed, the Resch Expo was born. The project broke ground in July 2019 and opened in January.

“Everybody is so excited about this state-of-the-art building and thrilled to have it in this area,” she says. “People have been going to local shows here for years — it’s part of the fabric of the community.”

The CVB will work hand in hand with PMI Entertainment Group, the team of event producers in charge of running the facility. The collaboration is a bonus for event planners. “They’ll get a full team behind them,” Krainik says. “It makes a world of difference to team up with someone who knows the staff.”

The excitement extends far beyond the immediate community. “The space is so flexible, it can be used for many different types of events,” says Krainik. “A continuous show floor with no columns can facilitate sports events like wrestling, volleyball, billiards, gymnastics, cheerleading, cornhole and so much more.”

And several event spaces on the building’s outdoor plaza are great for indoor/outdoor networking events and receptions. “Planners interested in offering something different could have an early morning yoga session on the turf or food trucks adjacent to the beer garden,” suggests Krainik.

The building features three large overhead bays for easy load-in so vehicles can be driven directly into the building for display or unloading. “It’s the place for RV, camping and boat shows,” she says. “There’s no other place in northeast Wisconsin with such a large flat space.”

That’s one reason why the 125,000-square-foot facility is also a perfect fit for large equipment shows, which can now be held indoors. “Before, large equipment shows had to be held partially outside, but now everything easily fits inside, so the space can be used any time of the year,” she explains. “It really changes the dynamic.”

Depending on the size of each show, the Resch Expo can accommodate up to three different events at one time. “And each exhibit hall has a room set aside for planners to use as a home base,” Krainik says.

On the second level, there are six expandable break-out rooms for educational seminars, event storage or show headquarters — each with their own audiovisual and temperature controls. Furthermore, the facility’s kitchen simplifies food service, and an upstairs cocktail bar can accommodate networking and private parties.

The perks don’t end at the exit sign either. “The expo complex features an outdoor balcony with a heated floor that wraps around the Lambeau and plaza side, with benches that overlook the entire stadium area,” says Krainik. “It’s an amazing view of America’s most historically iconic football stadium — Lambeau Field!”

The ease of use and flexibility of the building are what make it so spectacular, mentions Krainik. “The facility’s free-flow design opens directly into the lobby of the adjacent 10,000- seat Resch Center,” she says. “For large groups, there isn’t another event space like this in the state. The ability to combine the two venues is a huge advantage for large events looking at Midwestern destinations.”